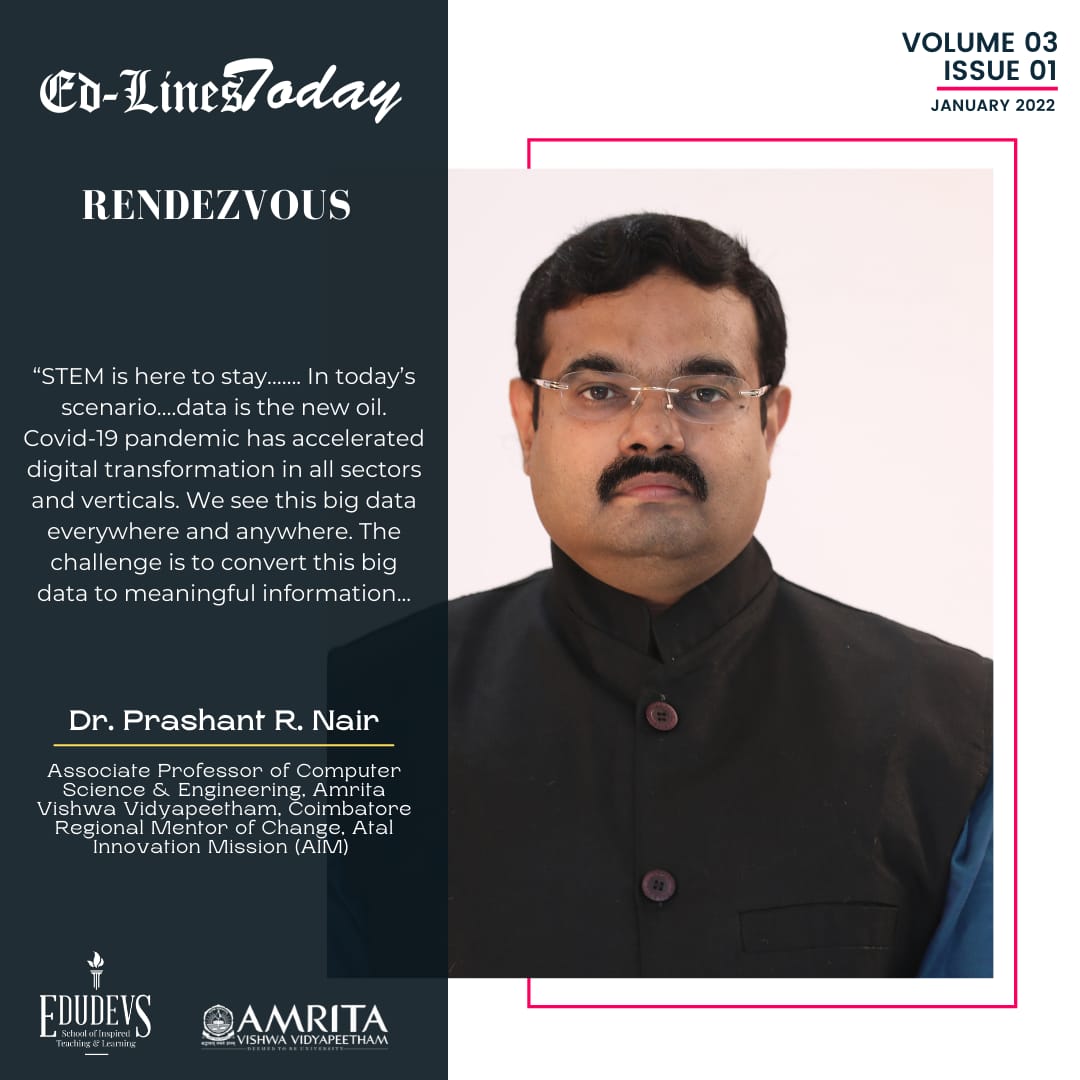 Read an excerpt from the interview with Dr. Prashant Nair on the significance of inculcating Atal Tinkering Labs in the curriculum and the key skillsets requisite for a 21st Century student.

“Technology-savvy, Problem-solving, Risk-taking, leadership, team-building, design thinking, entrepreneurial mindset and of course learning from and bouncing back from failure”

2. How do the present and future of STEM as a growing field look like?

“STEM is here to stay……. In today’s scenario….data is the new oil. Covid-19 pandemic has accelerated digital transformation in all sectors and verticals. We see this big data everywhere and anywhere. The challenge is to convert this big data to meaningful information, transform this information to knowledge and leverage this knowledge for intelligence.  The skill set needed today is to bring knowledge and skills to solve problems, make sense of information, and know how to gather and evaluate evidence to make decisions. These are the kinds of skills that students develop in science, technology, engineering, and math, including computer science—disciplines”

3. How is the concept behind Atal Tinkering Labs different from the current education system?

“The conventional and traditional Indian education system, both school and tertiary education have not been able to address the fast-changing requirements of the industry, and it is imperative that the school education in India must be redefined with innovation. The flagship program of Atal Innovation Mission (AIM), the Atal Tinkering Lab (ATL) is one of the answers; a smart workspace of 1000-1500 square feet with state-of-the-art facilities meant for school children enrolled in schools from 6th standard to 12th standard. ATL is equipped with cutting-edge equipment like robotics kits, sensors, IoT, 3D printer, miniaturized electronics, space technology, drone technology and other tools for tinkering, which are perhaps not seen even in majority of higher educational institutions and universities engaged in STEM education.”

4. Why is ATL important for the current generation of students?

“The vision of ATL is to disrupt the Indian education system by creating a paradigm shift, wherein children as young as 12 years of age are being introduced to the world of technology innovation. ATL’s objective is to develop a culture of Neoteric innovation, foster curiosity, imagination, and creativity through an integration of STEM in young minds. The ATL program is designed to equip students with the 21 century skills such as design thinking, critical thinking, computational thinking, digital fabrication and collaboration. Tinkering lab activities are designed to spur the spark of creativity, and go beyond regular curriculum and text book learning. Tinkering develops the aptitude to explore, experiment and learn. Tinkering refers to an attempt to inculcate the “Let’s Try Something New” attitude among students of all age groups with the help of technology. Problem-solving becomes an integral part of their behaviour.  ATL has a structured and flexible curriculum with Training & Orientation on Ideation, Computational Thinking, Design Thinking, 3D design & printing, Physical Computing (IoT & sensors), Robotics, electronics development tools & IPR. In the last 4 years of the ATL program, we are seeing spectacular results and excellent learning outcomes”

“The need of the hour is to scale up this ATL model of AIM to include each and every school in India.  The policy makers need to redouble efforts to expand and accelerate this inclusive model for innovation by providing an equal opportunity to all regions and to all children irrespective of the rural-urban divide and government-private divide, by public-private partnership and center-state partnership.”

5. Do you think inculcating ATL within schools throughout the country will effectively foster the neoteric innovator within students?

“Yes, absolutely. The numbers speak for themselves. 10000+ Atal Tinkering Labs (ATL) have been selected with 8700+ operationalized in 680+ districts spread across 34 states and union territories in India impacting 4 million children directly. Over 70% of these labs are in girls and co-ed schools, and over 70% in government and government-aided schools. Over 90% of the districts in India have been covered. Based on the collaboration of these schools with ATLs with the ones without ATLs, it is estimated that 7 million children have been benefitted Pan-India due to this program.  ATL Marathon 2020, a flagship program of AIM, saw 7200+ innovation ideas & prototype submissions from 17,500 school children. ATL marathon is a national level innovation challenge wherein students identify community problems and develop working prototypes to address them.  The inspiration of the 2020 edition was Atmanirbhar Bharat and aligning with the 17 UN Sustainable Development Goals (SDG).  Various initiatives of AIM such as AIM has no doubt contributed to India steadily climbing up the global innovation trajectory demonstrated by the Global Innovation Index (GII) released by World Intellectual Property Organization (WIPO). In the recently released 2021 GII index, India has been ranked 46th. The steep climb from 81st position in GII 2015 to 46th in 2021 interestingly coincides with the setup of AIM by the Indian government’s policy think-tank, NITI Aayog as also conceptualization and devising of multifarious initiatives by a whole bunch of governmental & non-governmental agencies as well as industry & industry associations to promote and enhance innovation.”

6. What might be some anticipated hurdles to look out for while introducing these labs within schools?

“I have been associated with Atal Innovation Mission (AIM) as a Mentor of Change (MoC) for ATL since 2018. I have also been elevated as a regional mentor of change to engage with MoCs and support ATL activities in Tamil Nadu in 2020. These are pro-bono and voluntary engagements which I consider as an opportunity to serve the country. In these capacities, I have been exposed to the following challenges especially when we are introducing these labs in schools:

¶ Lack of pro-active engagement by school management, principal and teachers, both in government and private sector. Schools need to understand that ATL is a game-changer for them and their kids. No doubt, significant efforts are needed to fill the ATL application form and provide appropriate supporting documentation. Once the ATL is approved, operational aspects & setup also need sustained efforts from the school.

¶ Lack of collaborative mindset by these schools. Schools need to collaborate and engage with civil society, university/college faculty & students, industry professionals, entrepreneurs & startups for their ATL as also engage and work closely with the Mentors of Change (MoC) who have been appointed by AIM on a voluntary basis. These appointments happen as soon as the approval of ATL happens. The support and services of these MoCs can be utilized for the setup of the ATL

¶ Negotiation with vendors providing equipment for the setup of ATL is a tricky issue. While there are many genuine players, there are some instances of sub-standard equipment being provided as also other issues with vendors. Schools need to be cautious in all these engagements” 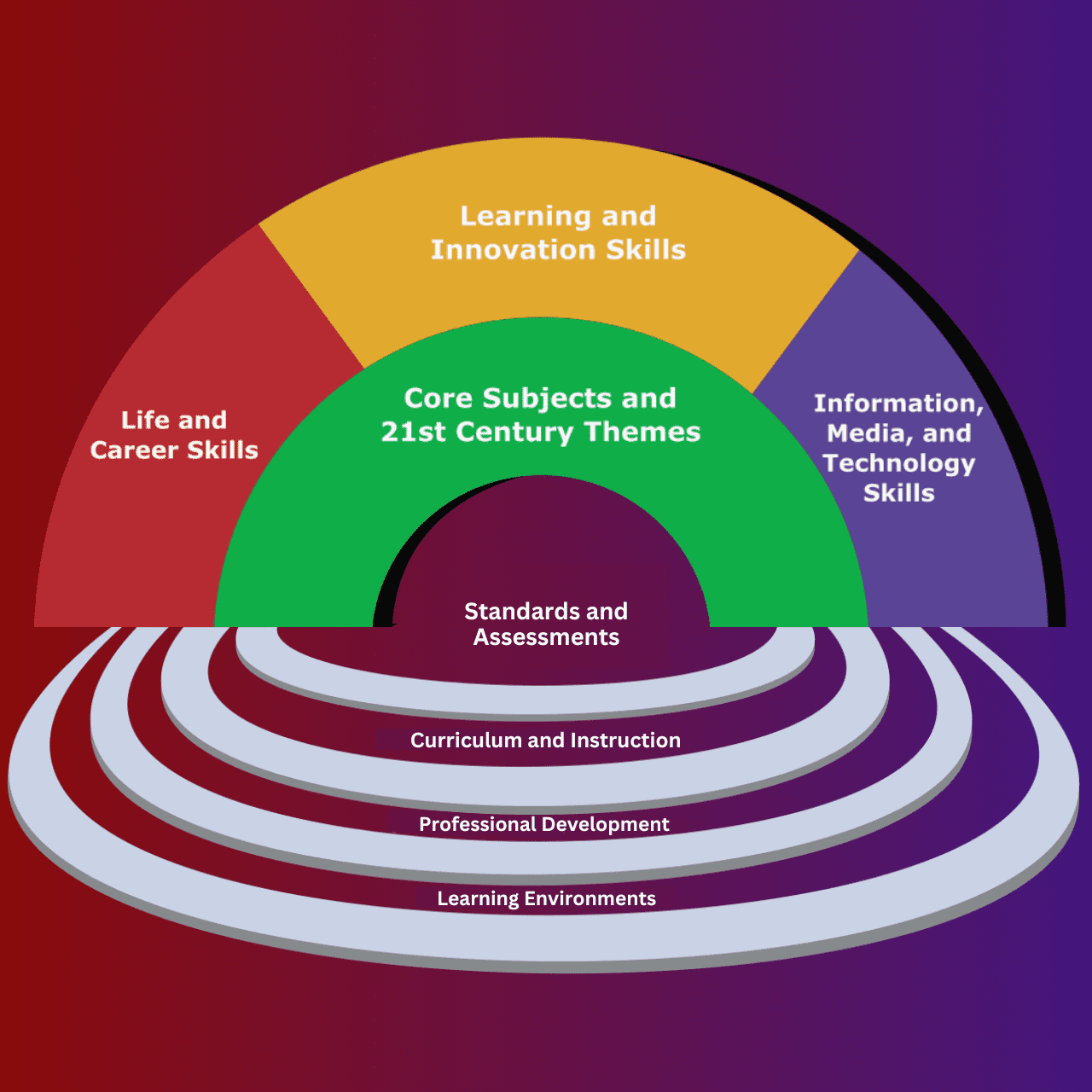 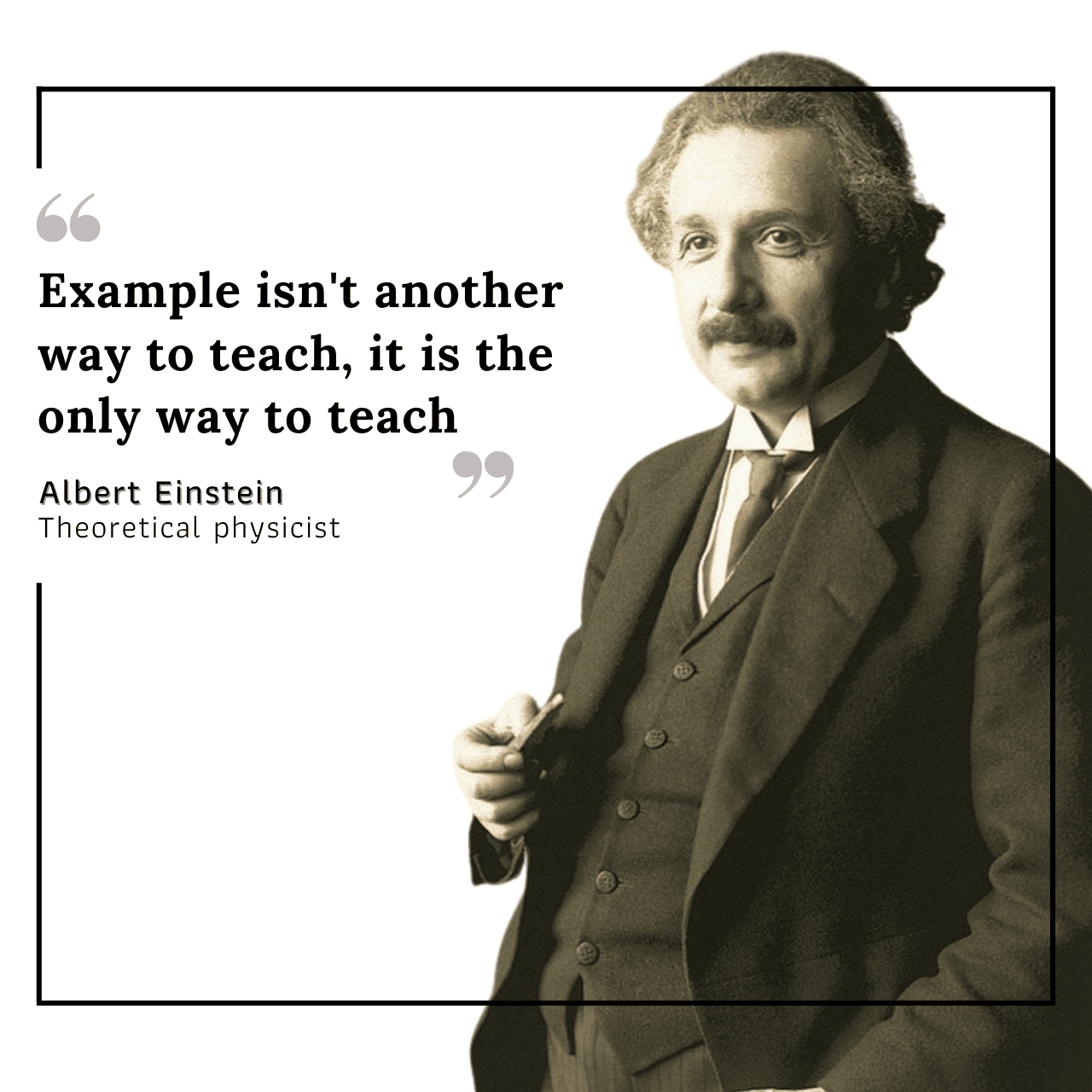 The Only Way to Teach 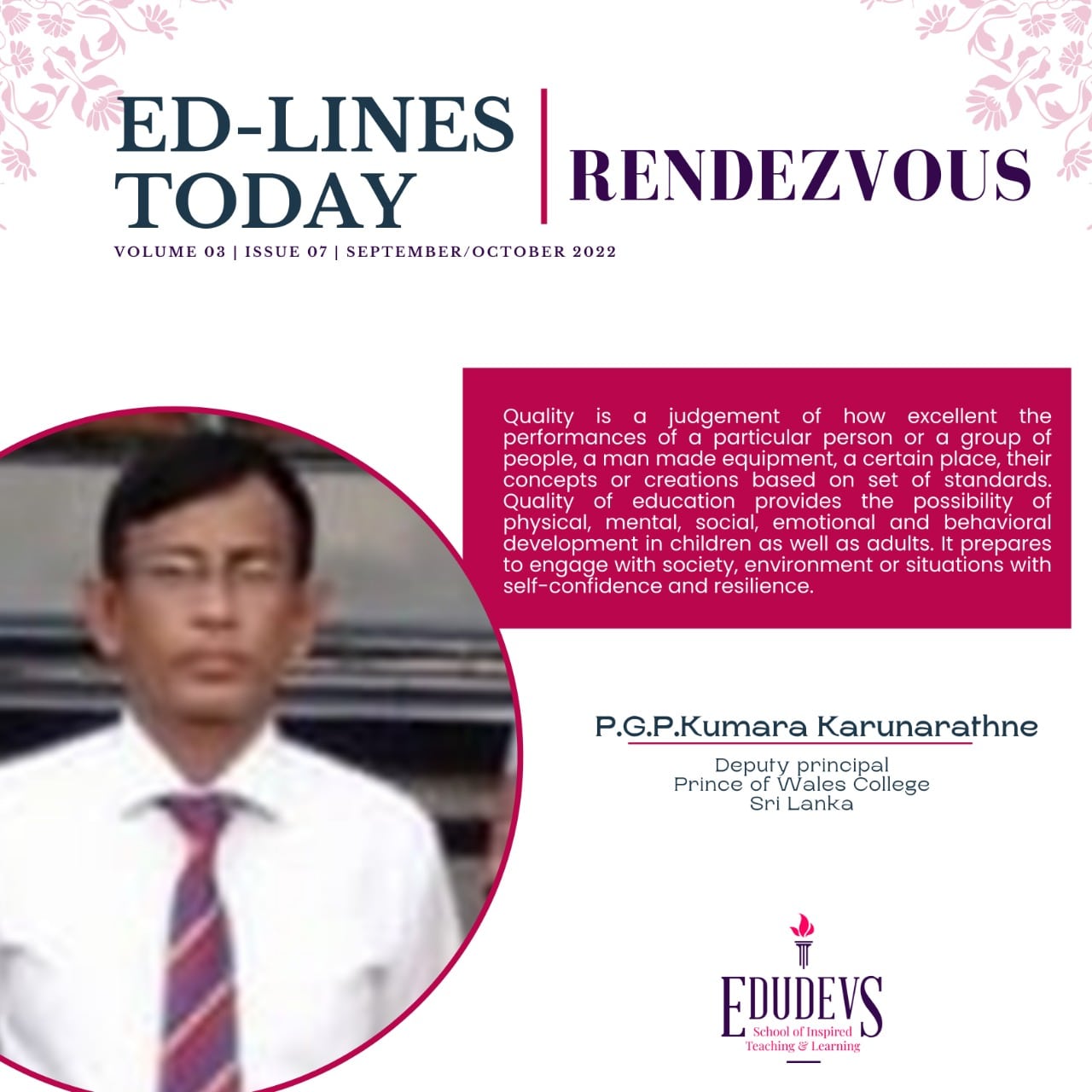 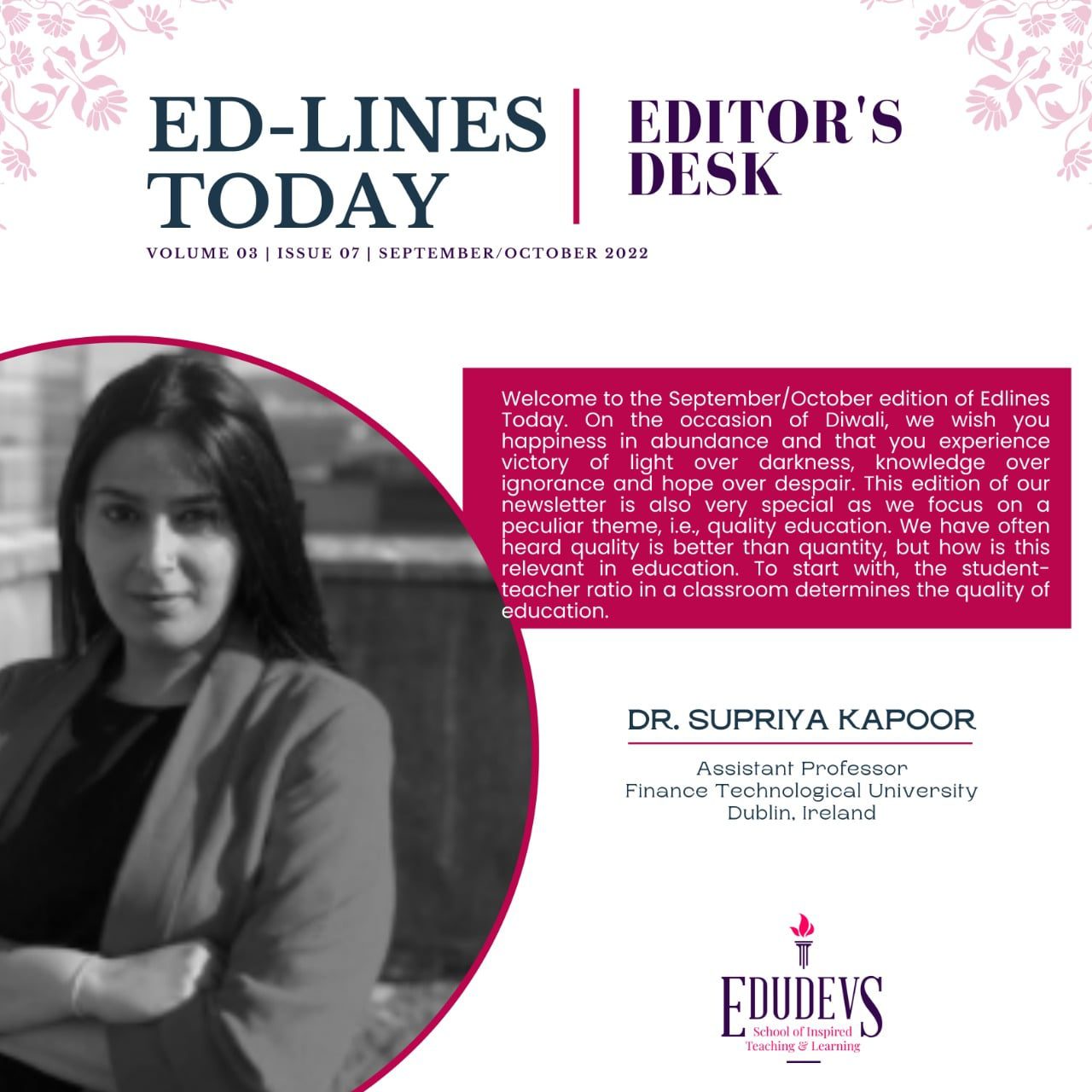 for subscribing to our monthly newsletter Ed-Lines Today.

We look forward to your presence!

Thank You For Registration ! 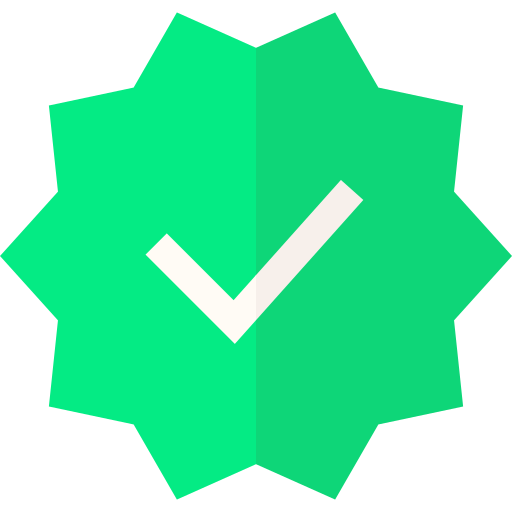